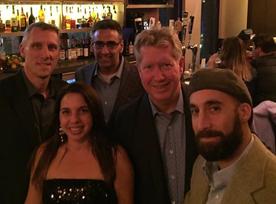 ​The "Doc rock" band - mostly medical professionals who blow off steam by rocking out.  Classic rock and R&B focus. Shira Doron's vocals will rock the house with Dan Wiener and Roger Fielding on guitars, Tony Callini on drums, and Binny Shah on saxophone and keys. 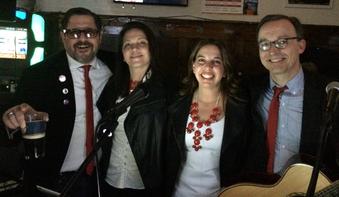 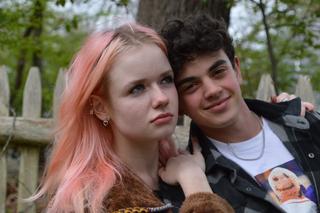 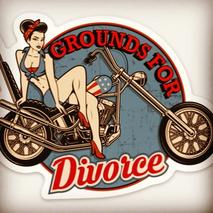 EMI & JADON ----> Emi Schneider and Jadon Czerniach are young performers with old souls which shines through in their deep sound on covers by artists such Beyonce, Rihanna, Hozier, Adele, Mariah Carey, Alicia Keys, Elton John, and Bruno Mars. The piano & vocal duo formed in 2018 when became fast friends in history class at Wellesley High. They have also recorded original music together which is out on Spotify. 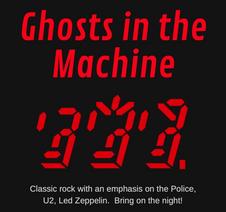 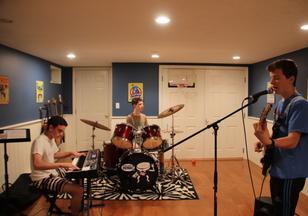 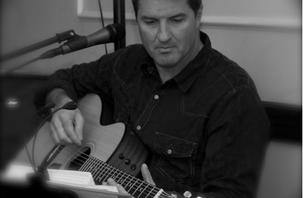 CONNECT FOUR -->
Heidi DeLollis, Shira Doron, Tino DeLollis, and Patrick Hayden play some of the greatest songs and B-Sides from the last 40 years.  Harmonies and songs you know or will be looking up on iTunes when you get home. 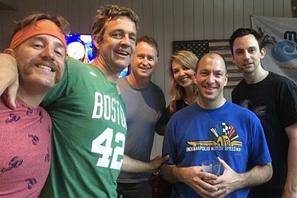 SCREAMING SUSHI --->
Despite their age (no one over 15 years old), Screaming Sushi has been playing for many years, including a live TV spot on Boston's Fox 25 News and as a frequent headliner at the Natick Farmers Market.  In addition to some covers, Jadon Czerniach, Nicholas Sydorenko and Tucker DeLollis also write and perform original material.

GHOSTS IN THE MACHINE ->
Rick Wilson, Patrick Kent, Mike Turner, and
Ludvig Söderling play classic rock with an emphasis on U2 and The Police.  Audiences have commented that their interpretations sometimes rival the originals.

RipCHORD  --->
Bob Bua is a one-man army with a guitar, a microphone and many special guests.  With a silky baritone vibe and a 3-ring notebook of classic songs that puts the yellow pages to shame, Bob delivers.  RipChord - "Just pull it!" 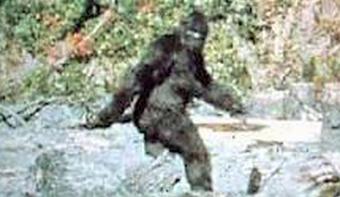 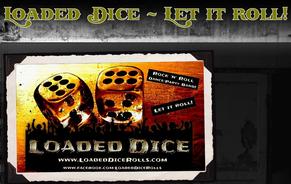 UMAMI -->
Umami is a new collaboration whose first gig at Festiva di Musica 2017 featured Christina Everett on vocals, Liz Larsen on bass, Brad Neighbors on guitar, Mike Kim on keys & guitar, and the Foote brothers (Tom and Dan) on percussion.    Umami's music is mostly blues-based with some soul and funk infusion.

Born yesterday is a power trio that will blow your doors off.  Nick Fauza, Ben Chase, and Josh Tutleman are all 14 or younger, but you wouldn't know it listening to them.  See video...

Mark Stepakoff is a singer/songwriter who has released several albums of original (and funny!) material that is available on iTunes.  Mark's position as one of the top songwriters and satirists in the Boston area (thanks to songs like "Kitty Is a Cougar Now") has earned him the honor of being the host of the Tuesday nights at TCAN in Natick. 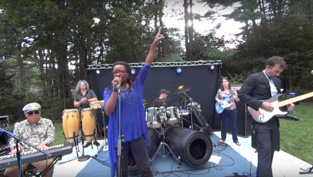